Happy to share the cover for EMBERS IN A DARK FROST, my latest fantasy. For those curious, this is not YA or urban fantasy, and it's not tied into any of my other series. It's a new self-publishing venture. :-)  It also falls into the New Adult niche with a heroine who is out of her teen years and trying to figure out her place in life and what she wants. She learns quite a bit about herself, her world, and relationships -- both physically and emotionally. It's alternate world, inspired by celtic mythology, and I think it will appeal to the adult readers (men and women) of my YA and my Urban Fantasies.

Okay, on to the good stuff: Tada! The cover: 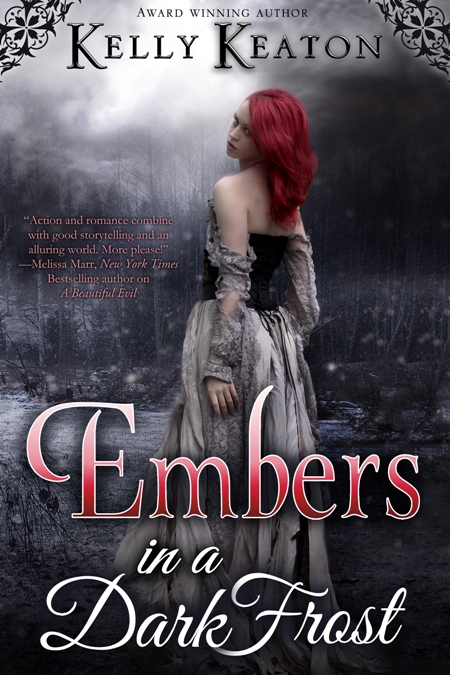 The artwork was done by the amazingly talented Claudia McKinney at Phat Puppy Creations, and the typography by Kim Killion at Hot Damn Designs.

With her feared half blood and flame-colored hair, DEIRA D'ANU is a constant reminder of human betrayal and the war that claimed the light from Innis Fail. Now, darkness and frost creep across the land, strengthening the Lord of the Underworld. War is imminent—an allegiance with the Fire Breathers is vital. When their champion, Balen, sees Deira, he believes she is the key to finding the light and stopping the dark frost.